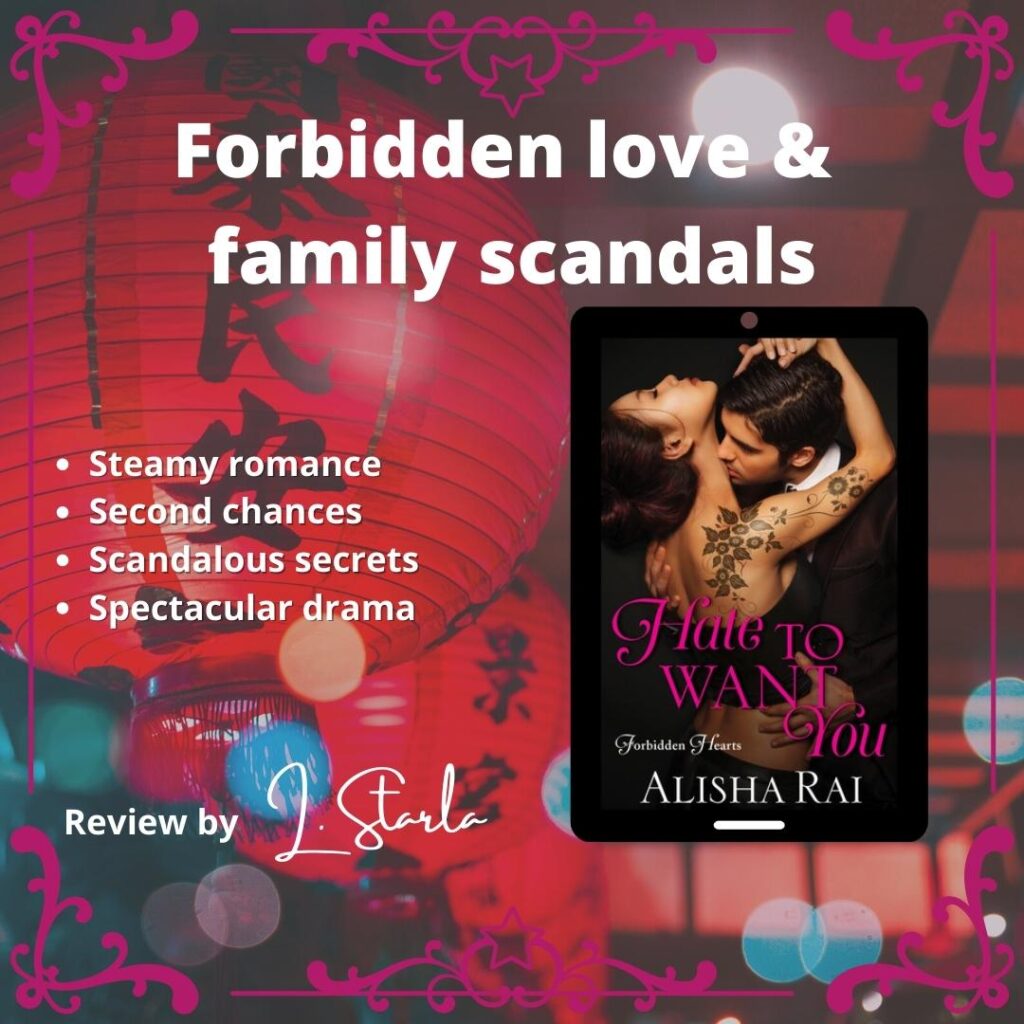 Hate to Want You
(Forbidden Hearts #1
By Alisha Rai

Long-term friends, the Chandler and the Oka-Kane families used to rule their empire together. Then tragedy turned to scandal and these families became enemies. Neither Nicholas Chandler, nor Livvy Kane wanted any part of the feud, but they were still swept up in a whirlwind that ripped their relationship apart, leaving their hearts in tatters. For a decade, they went their separate ways. Livvy travelled around the country picking up odd jobs to make ends meet while Nicholas worked alongside his father and grandfather, managing a corporate chain of grocery stores. Sick of feeling lonely, Livvy returned home to make peace with her estranged family, but she found more than she bargained for. Old flames rekindled and secrets unravelled in this steamy forbidden romance.

This steamy forbidden love story hooked me from the start, becoming impossible to put down. There was so much drama and intrigue! I loved watching the main characters return to each other after years of physical and emotional separation. Alisha Rei has written a superb and heart-warming story with deeply flawed, yet lovable characters.

I highly recommend this novel for all romance lovers, especially if you enjoy tales of forbidden love or second chances. 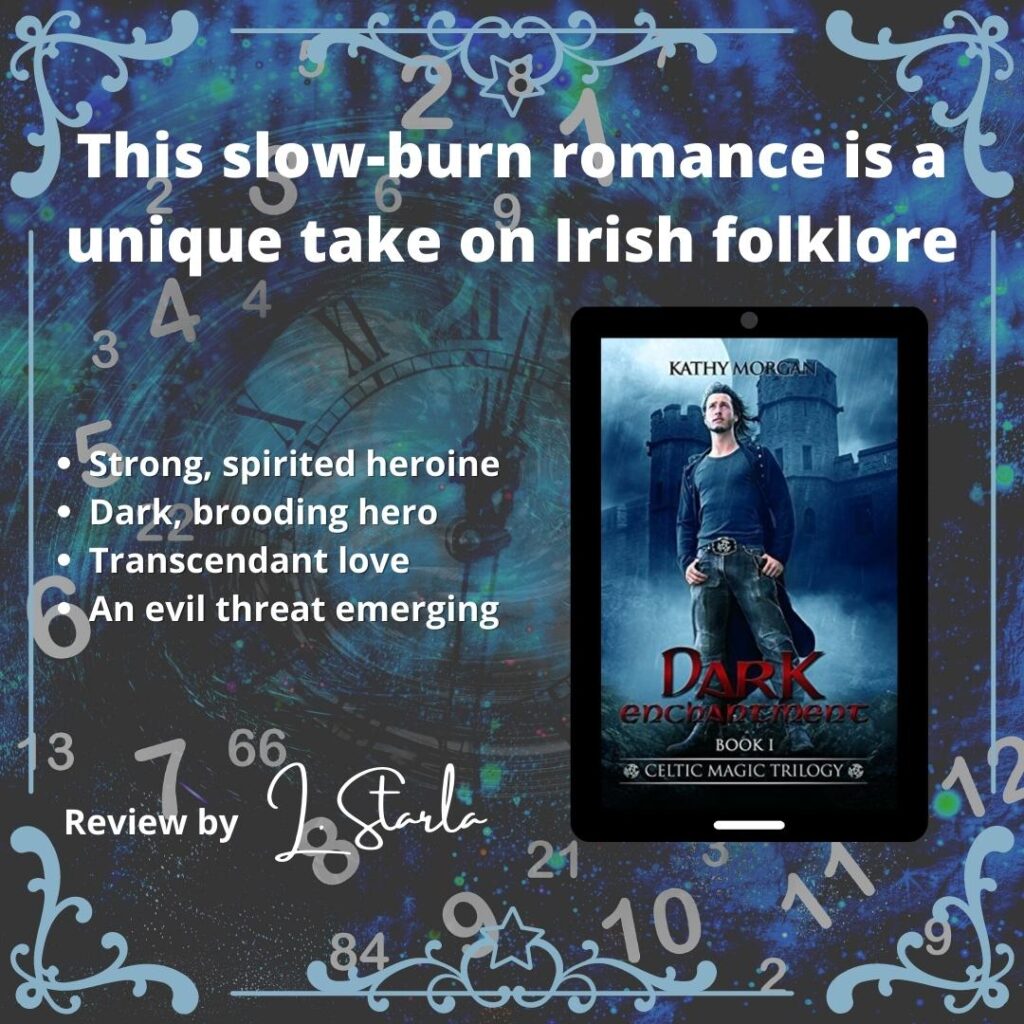 Born in Ireland and raised in the States, Arianna recalled little of her birthplace. Her father never spoke of their homeland, or the incident that claimed her mother’s life. Yet she felt drawn to the place. Out of respect for her da’s wishes, she resisted the inexplicable pull until his deceased spirit tells her the time has come to learn the truth and meet her destiny. Crossing oceans, she entered a world of myth and magic with one dark, brooding Irishman as her guide. A man who bore an uncanny resemblance to the mysterious stranger who had haunted her dreams for as long as she could remember.

Wow! I’m still fanning myself after enjoying the steamy tension between Arianna and Caleb. From the moment of their first encounter on deserted road in the middle of a storm, the chemistry was electric. Yet despite their obvious mutual attraction, it took time for the main characters to act upon their desires. This resulted in a delicious slow-burn build-up to their climax. In addition to a well-written romance plot, Morgan created a wonderful cast of characters and placed them in a beautifully detailed setting. I found her take on Irish folklore fascinating, and I look forward to reading the subsequent books in the series.

This is a must-read for all lovers of paranormal romance, especially if you love Irish mythology. 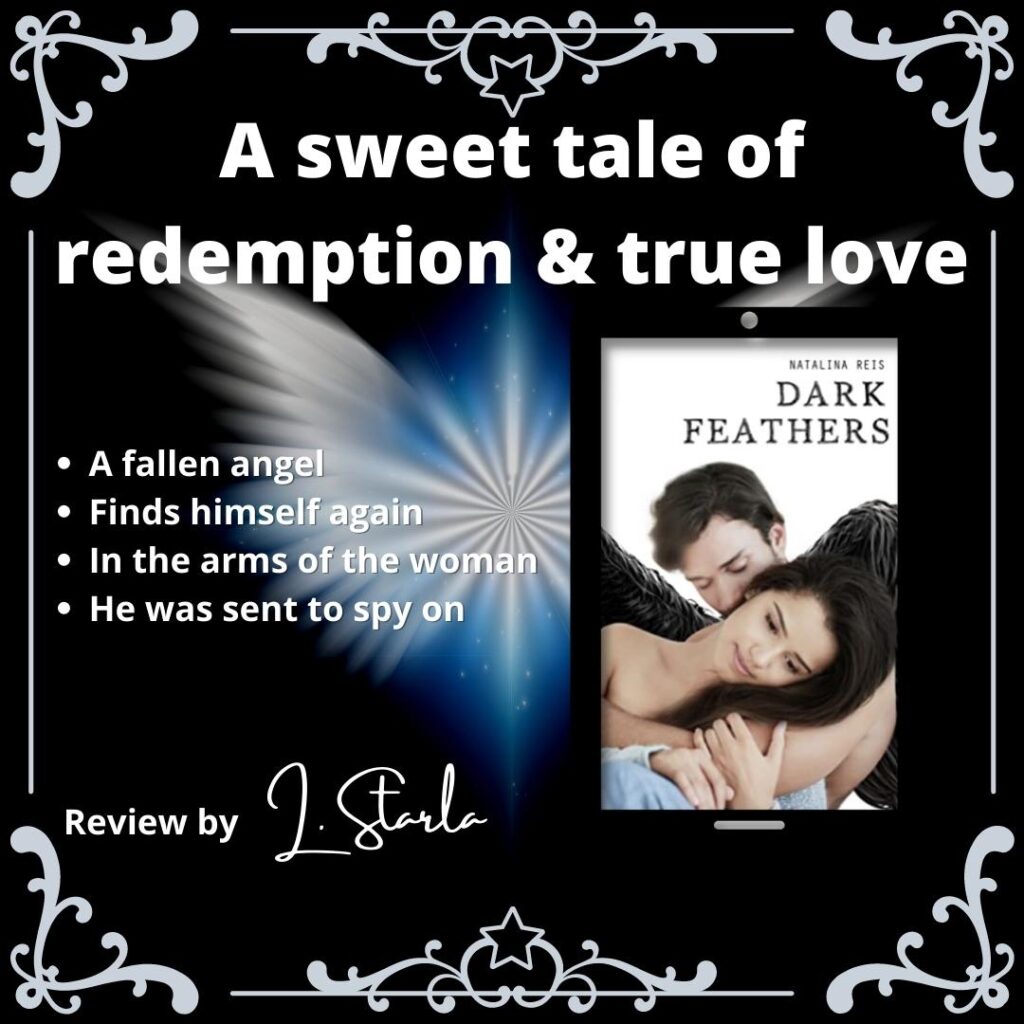 As the lowly servant of Asmodeus, Phoenix only knew darkness, misery, and pain for as long as he could remember. He did not even recall his own name because his cruel master had only referred to him as Minion. Following a chance encounter with a human woman, he is sent to spy on Joan, to assess her as a potential threat to his dark lord. The closer he grew to his human charge, the more he cared for her. She showed him how to love, bringing light to his darkness, all while memories of a former life trickled in.

This was a sweet standalone paranormal romance with a HEA. The strong female protagonist was relatable, and her angel lover was adorable. Reis injected a good dose of humour between the pages of this gripping story. I especially enjoyed watching Phoenix grow as a character, learning the ways of humans while unravelling the mysteries of his past.

I recommend this book for all lovers of paranormal romance, especially if you enjoy angel & demon themed stories.

Bianca and Lucas may have been on opposite sides of an eternal war, but their love for each other never waned. Determined to continue their relationship against all odds, they found a way to see each other. When Balthazar caught Bianca returning from one of her dates, he almost ruined everything for the young couple. But then she blurted something that held his tongue. With a vested interest in keeping her secret, Balthazar devises a scheme to get her out of school more often. A plan that brings them closer together and risks his own heart. Amidst all the drama, a series of spooky encounters chill Bianca to the bone and leave her questioning her sanity until a shocking truth blindsides her.

I enjoyed the second instalment of the Evernight series even more than the first. The author developed the secondary characters more while ramping up the tension and conflict. I loved learning about the lore and history of vampires that Gray wove into the intriguing plot. Suspense and spooky scenes added depth to the story.

I highly recommend this book for anyone who enjoyed the first Evernight novel. If you read paranormal romance, and haven’t picked up this series yet, I suggest you give it a try.