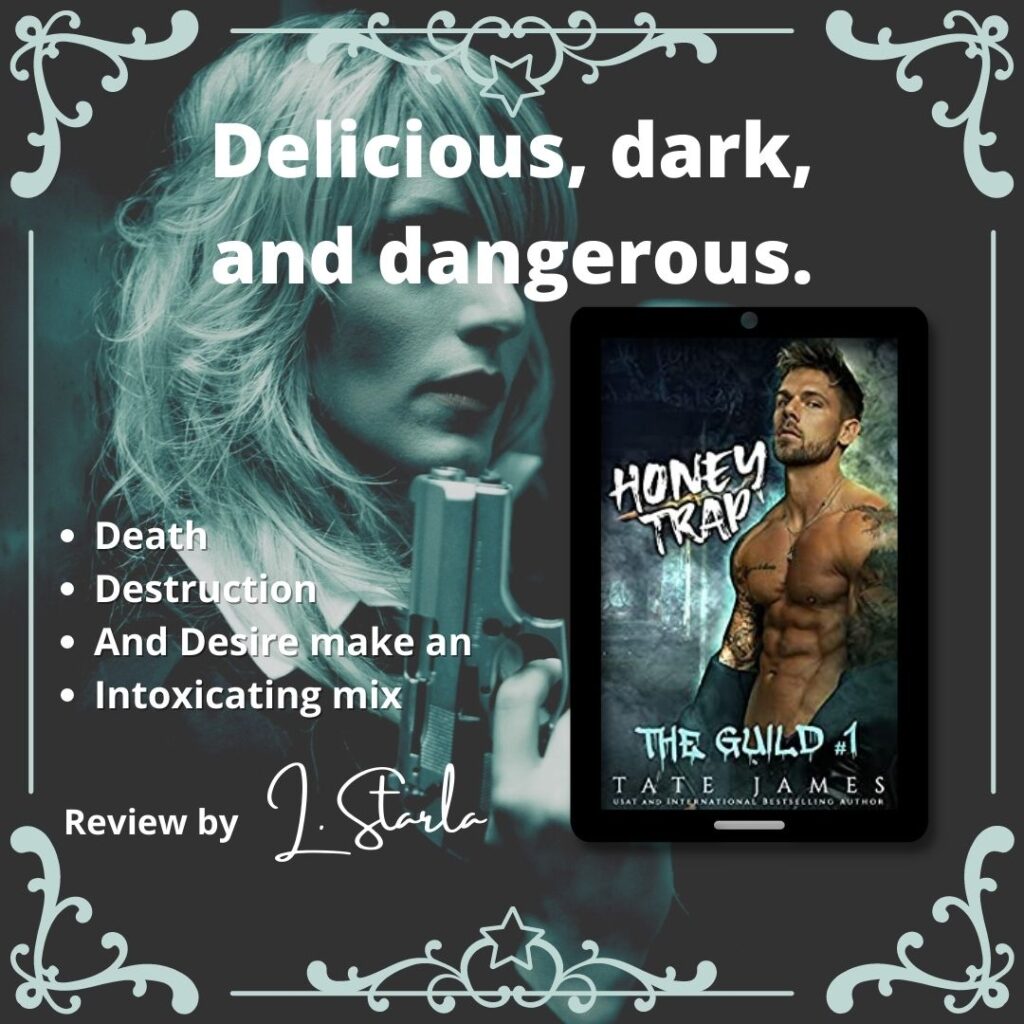 Danny and Leon both worked in a dangerous world where lies and deception are par for the course. They worked amongst people who should never be trusted. They worked for The Guild. When everything went to hell, Danny enlisted the help of a fellow Guildmate to save her. In doing so, she unwittingly fed a hungry man’s obsession with her. Leon tried to stay away, to starve his addiction, but the more he learned about the threats against Danny’s life, the more he craved. He jumped at the excuse to get close and personal with the enigmatic woman plaguing his mind. When she was whisked away by one of the underbelly’s most feared men; Leon kept pursuing her because as far as he was concerned, Danny belonged to him.

This gripping tale of intrigue hooked me in at the start and kept its claws latched on. The violence, the mayhem, and the steam all wove together in a dark, decadent plot. The characters are both vile and delicious in true Tate James fashion. I can’t wait to start reading the next entry in this series.

This is a brilliant choice for readers of dark romance set in a criminal world. If you enjoyed the previous Shadow Grove books by Tate James, this one will not disappoint. 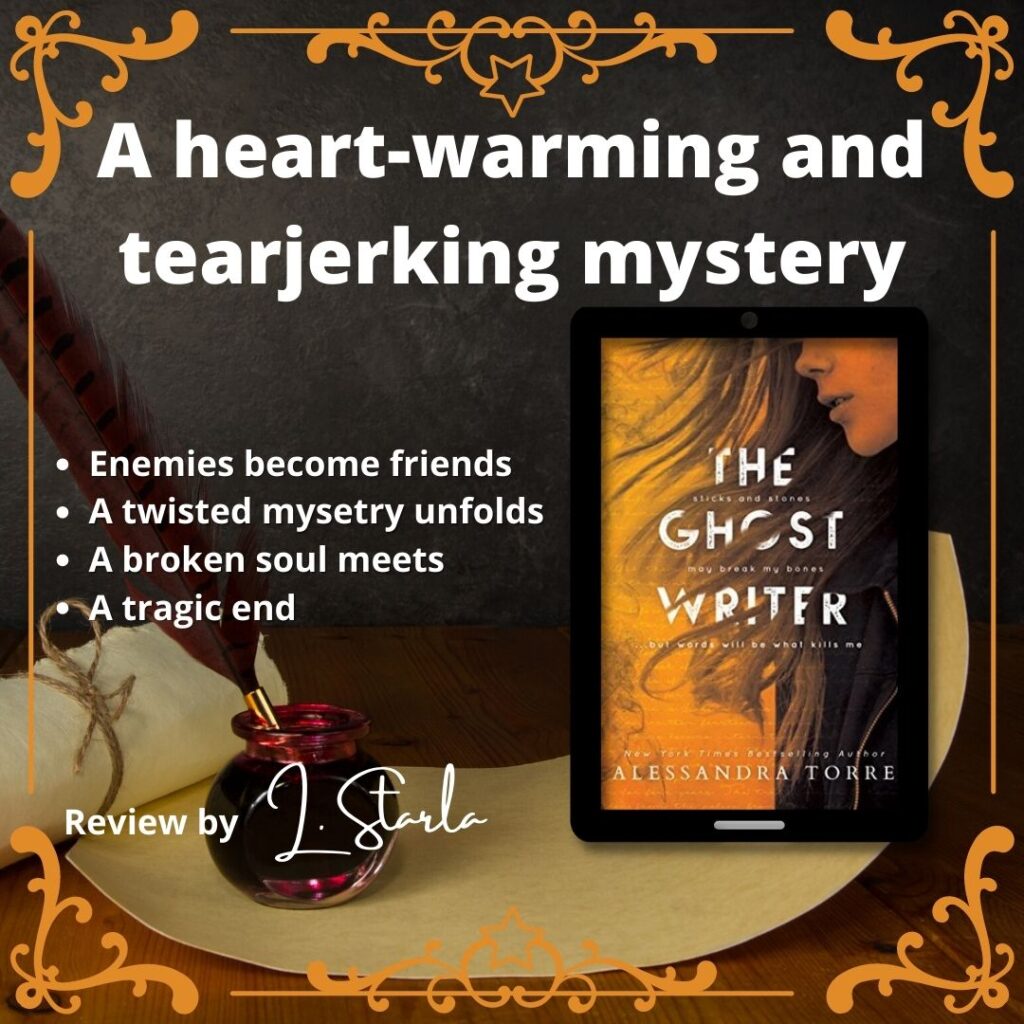 The Ghostwriter
By Alessandra Torre

From the very first two words of this novel, we know our main character is dying. Helena’s terminal diagnosis of cancer gives her three months to write a book unlike her usually best-selling romance fare. It is not enough time considering her normal writing pace, yet it must go to print. She needs to tell the truth, to tell her story. So, she employs a ghost writer, choosing an unlikely candidate—her nemesis. After exchanging barbs for seven years while vying for the top spot on every best-selling list, Helena decides Marka Vantley is the only author who could mirror her own style. But when they meet, Marka is not the woman Helena imagined and a most unexpected friendship blossoms. As the pair work together to document Helena’s memoir, a mystery unravels, revealing the truth of what happened to her absent husband and daughter.

This book left me gutted in the best possible way. I love it when an author can reach deep inside my soul and tug on every heart string. While this story was not my typical pick—without a romance plot to be found anywhere amongst the pages—it still captured my sense of mystery while evoking a range of emotions. The banter between the characters is entertaining and the friendship that forms is truly inspiring.

I highly recommend this book for one and all! Just keep the tissues handy.

What starts out as an innocent trip to a drag racing night turns into a wild ride with an ex-con and a corrupt cop. Escaping her past, Jordan Bass wanted nothing more than to focus on her college education until Nic Medina charges into her life, stealing her car and her heart. The sexy carjacker baffles her with his kindness and consideration; far from what she expects of crooks. So when she learns the reason for Nic’s crime, Jordan can’t resist the urge to help him, among other things.

This story delivers fast-paced action and steamy romance. The main characters are flawed, yet so lovable that you can’t help but cheer them on. I thoroughly enjoyed reading the first Hotwired novel and I hope to see more in this series.

If lovable rogues are your jam, I highly recommend giving this book a try. 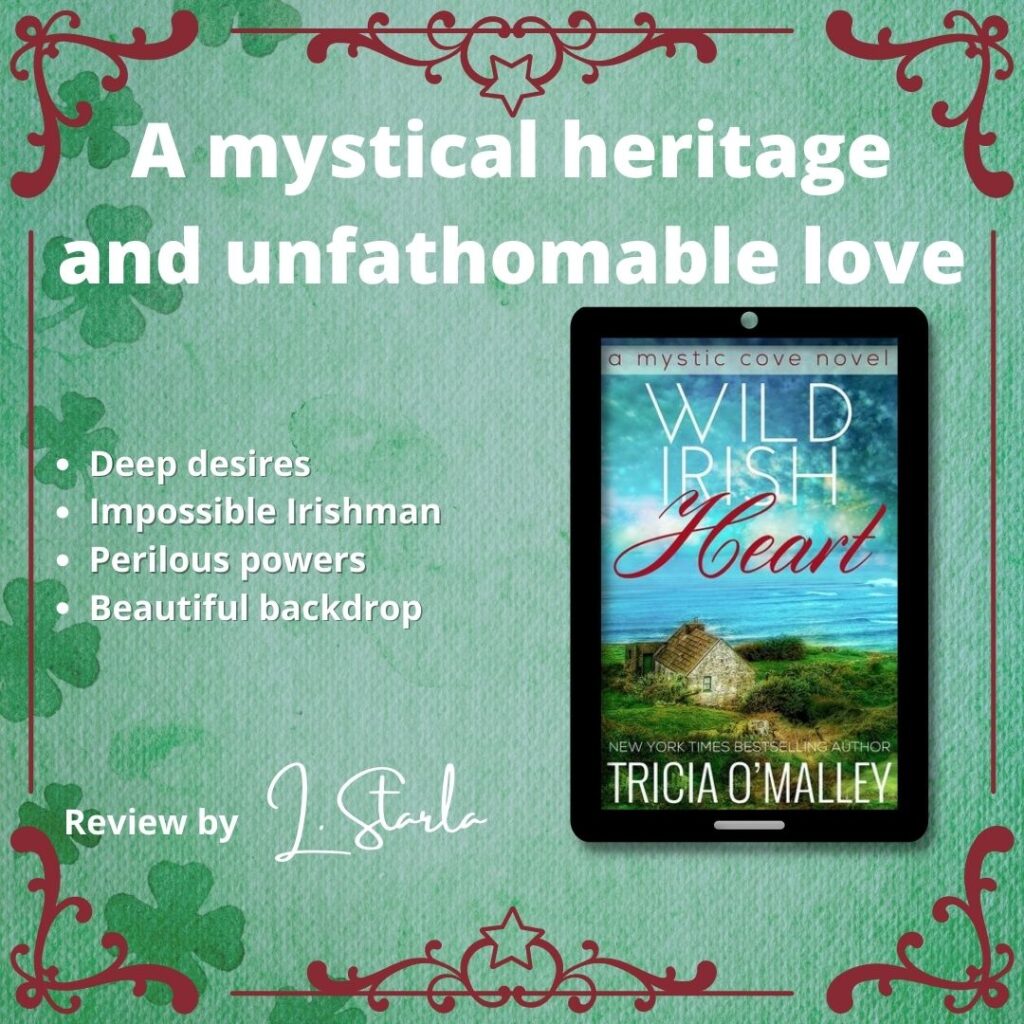 When Keelin O’Brien received a mysterious letter from Ireland, she felt compelled to return to her homeland and uncover her mystical heritage. As the descendant of Grace O’Malley, she was gifted with magical abilities, powers that she must learn to use correctly else she put herself at risk. As she trains and explores the wonders of Grace’s Cove, Keelin also crosses paths with an impossible Irishman; one who vexes her as much as he sets her heart aflame.

This sweet and steamy story took my emotions for a tumultuous journey along stormy seas. Tricia O’Malley has painted an idyllic yet rugged landscape upon which she set an intriguing tale. I look forward to reading more by this author. 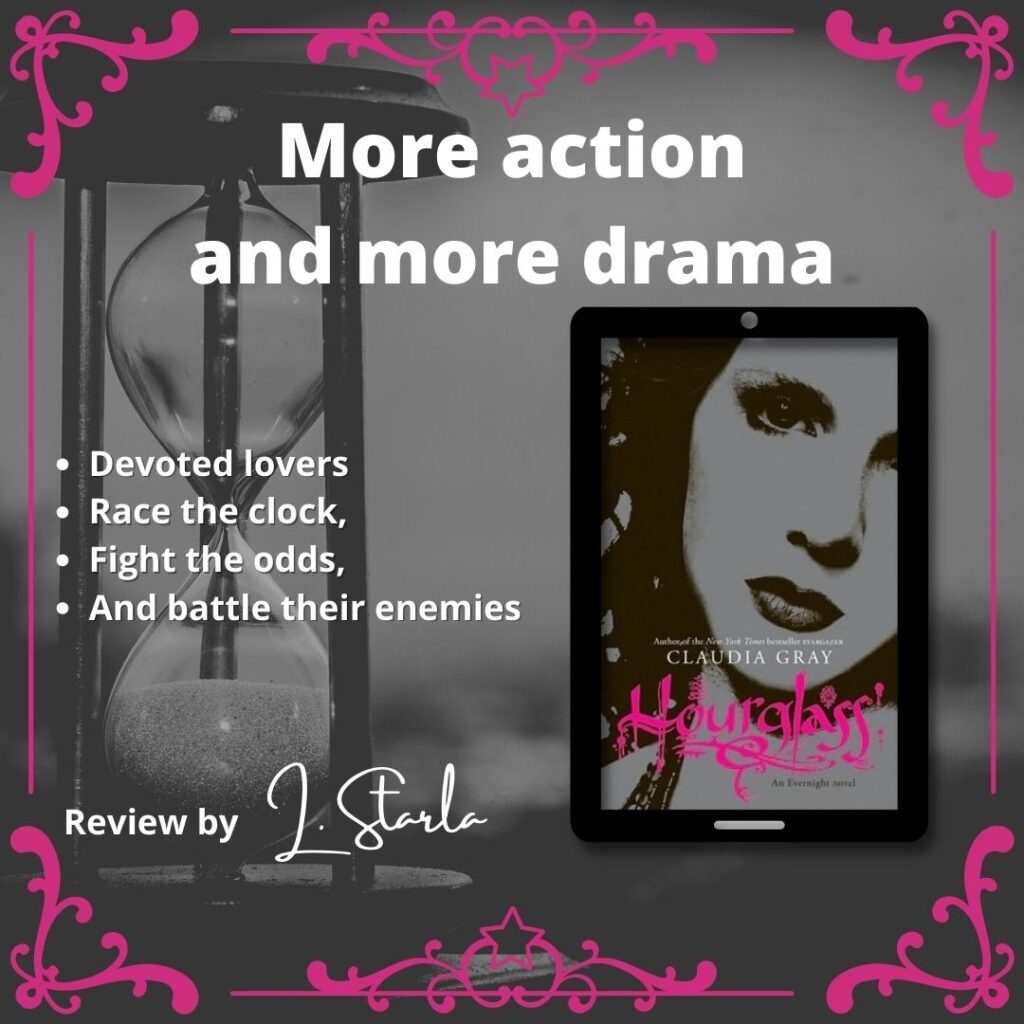 Exiled from Evernight, Bianca worked with her enemy while fighting her fate. She grasped at the threads of her humanity despite the seeping sands of the hourglass she had turned over on the night she drank human blood. But her own life wasn’t the only one on the line. Lucas and Balthazar needed her and she was determined to save them at any cost.

This was a fantastic follow-up to Stargazer. The characters have grown so much since the first book, both on the page and in my heart. I found myself tearing up for the star-crossed lovers by the end of this novel and I can’t wait to read more.

I highly recommend this series for fans of vampire fiction.