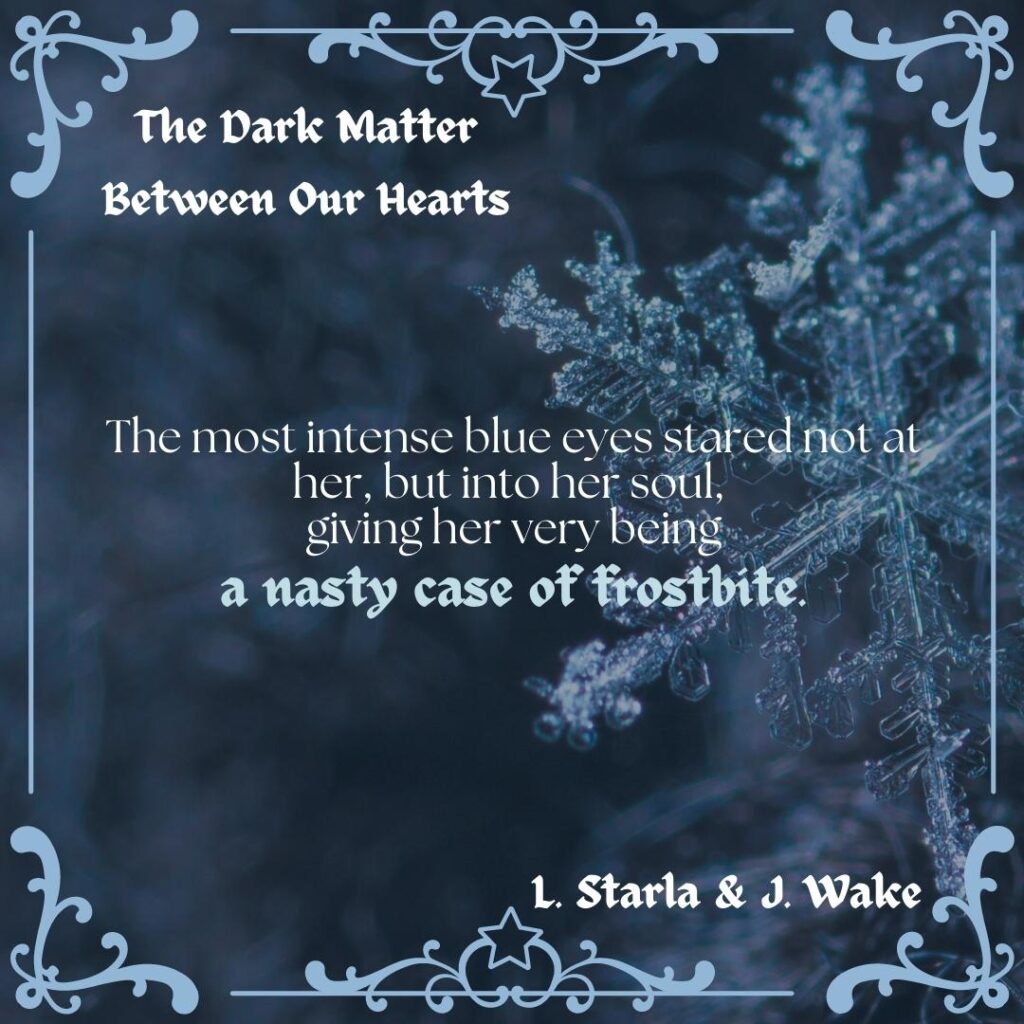 Did you miss the last episode? You can read it here.

This month, Hayden makes an offer that Danika cannot refuse….

Danika’s phone buzzed with a message as she left the hospital. Unlocking the screen, she read the text from her old man:

{Dad} Sorry Twinkle Toes, I’m going to be a while discussing business with Hayden. Are you alright to find your own way back to work?

Sighing, she tapped out a quick reply: Yes, no worries. Love you. Setting her sights on the route home, she didn’t bother reading his response, knowing it would just be an ‘I love you too.’ She had traversed a block along Main Street when a familiar patrol wagon pulled up alongside her. A quick glance of his devastatingly handsome face made her blood boil. Tasting the bitter tang of treachery rise up her throat, she choked back a sob and channelled her rage into a glare that would have shattered his windowpane were it not bullet proof.

Brennan lowered his window. ‘Hey Danni, can we talk? Please?’ He had already sent her a million messages and tried calling her about as many times.

She had ignored every one of his attempts to contact her. ‘There’s nothing to talk about,’ she snapped with a flick of her hair. Picking up the pace, she practically drilled holes in the pavement with her stilettos.

Cruising a few metres ahead, he pulled into a parking space and jumped out of the car. The door slammed behind him, and she startled as the bang echoed through the streets. He stalked toward her. ‘At least let me explain.’

Digging her heels in, she crossed her arms and huffed. ‘There’s nothing to talk about. You betrayed me by siding with Hayden. You knew my history with that man and how much I despised him, yet you continued to report back to him like the fucking lackey you are.’

Brennan winced. ‘I had my reasons—’

‘And none of them excuse what you did to me. Now if you don’t mind, I have a job to get back to. Go wet your dick somewhere else.’ She sidestepped him and continued along her path.

‘Ha!’ she laughed drily as she turned back to face him. ‘I’d rather take my chances with a shark tank.’

‘Come on Danni, be reasonable about this and let me give you the whole story while I drive you to work. Then if you still hate me, I’ll stop pestering you.’

Glimpsing movement behind him, she peered around his solid chest and spied a few guys from the public school’s old rugby team redecorating the delicatessen storefront with their spray cans. ‘Are you on duty, Brennan?’

‘Yeah, why—’ glancing over his shoulder, he spotted the vandals. ‘Mother fucker!’

‘I think you have other things to worry about right now.’ Smirking, she spun on her heels and waltzed away from him. Phew, that was lucky! She needed a plan for future interactions with the jerk because it would be impossible to keep dodging him in a town as small as Moonlake.

Later that night, she climbed out of her car with a yawn and trudged past the other cars in her family’s garage on her way to the door. In addition to her Lexus, there was dad’s Astra, mum’s Starlet, and the family’s collection of classic sportscars that occasionally made appearances at roadshows and museums. She bet Malik would love to get his greasy hands under their hoods. Shit! Seeing all that shiny steel and polished leather, he’d probably cream himself. She bit into her lip and pushed that image out of her mind. Entertaining any thoughts of him would only lead to further headaches, let alone indulging in sexual fantasies.

After punching in the keycode, she stumbled into the house and collapsed on a couch in the family room.

‘Is that you, Danni?’ Dad called out from the front of the house. ‘Could you come here, please?’

Grumbling to herself, she pushed up to her feet and traipsed through the industrial kitchen, then the dining room before finding him in the formal lounge. Her eyes landed on their fair-haired visitor, and she froze. What the hell is he doing in my home?

‘Hayden would like a private word with you,’ Dad explained as he rose from his armchair. Offering her a warm smile, he patted her shoulder before disappearing.

The most intense blue eyes stared not at her, but into her soul, giving her a very nasty case of frostbite. ‘Have a seat.’ He patted the sofa cushion beside him.

Hayden chuckled, although it sounded more like an evil snicker from his villainous mouth. ‘Stop acting so prim and shy around me, angel. Don’t you think our relationship is well past that stage?’

She shook her head. ‘Our relationship ended years ago.’

‘Are you still mad that I left you alone when I went to uni?’

‘I did promise I’d return for you, and here I am.’ Rising to his feet, he opened his arms wide as if expecting her to run willingly into them.

‘In your dreams,’ she scoffed. ‘I was happy when you left and now, I want nothing to do with you.’

His eyes narrowed as he clenched his hands at his sides. ‘Stop fighting me, Danni. It will only make our future nuptials more awkward.’

Her eyes bugged out at his choice of words. ‘Are you fucking kidding me right now?’

Retrieving a small box from his jacket pocket he flipped the lid open, revealing a monstrous diamond ring. ‘Does this look like a joke to you?’

She gaped at the sparkling solitaire; easily five carats against a white gold band covered in more of the clear gems. Knowing Hayden, they were probably blood diamonds.

‘If you agree to marry me, I’ll continue funding your father’s research, and I’ll help Elise recover from her addiction.’

‘Are you seriously blackmailing me into wedlock?’ she hissed.

‘Blackmail is such an unpleasant word. Think of them more as incentives, on top of all the love and affection I promise to shower you with for the rest of our lives.’

The back of her neck bristled, and her stomach swirled at the thought of sharing a bed with him ever again. ‘Fuck you, Hayden. You don’t know the meaning of the word “love.”’

Grabbing her hand, he yanked her against his chest and growled a warning in her ear, ‘Things are about to get real nasty around here and this alliance is your only hope at protecting yourself and your family. I wouldn’t want to see any harm come to daddy dearest.’

A shiver slithered down her spine as she returned his icy gaze.

‘Tell you what, I’ll sweeten the deal and guarantee Grayson Marshall’s safety since you two have become such good pals. So long as you don’t fuck him, that is.’

Her head swam with all the implied threats, all the possible lives hanging in the balance, depending upon her decision. Is it worth sacrificing my future happiness to protect the lives of everyone I love? Come on Danni, this isn’t a calculus equation. The answer is a resounding yes. Only, there was one name missing from the list. ‘Extend the courtesy to Malik Fadel and we have a deal.’

Hayden tensed, his grip on her arms tightening. ‘Fine,’ he replied through gritted teeth. ‘But if he touches you, his life is forfeit.’ Releasing his grip on her, he retrieved the stupidly extravagant ring and held it out toward her left hand.

‘I have one other condition.’

He heaved a massive sigh and barked, ‘What?’

‘I’m not having sex with you before our wedding night.’

His lips curled into a snarl. ‘Shouldn’t be a problem. I’m not a fan of long engagements.’ As he slid the perfectly sized ring onto her finger, she felt as though the metal cinched to the bone, like a proverbial vice around her heart. ‘I also have one other stipulation: you must act like the doting fiancé turn wife. Make the town believe you adore me as much as I love you, otherwise all bets are off.’ His expression softened and the glaciers in his eyes melted. ‘Go buy yourself a pretty dress and leave the rest of the wedding planning to me. I’m sure you have enough on your plate.’ Moving his hand up to her face, he toyed with a strand of her hair, coiling it around his finger. ‘Oh, and keep Saturday week free. We’ll host the engagement party at our new house.’ With a wink, he turned and left the room.

‘Huh?’ she shook herself out of the stupor that had set in.

‘Did you accept Hayden’s proposal?’ Mum asked while bouncing on her toes.

‘I did,’ she deadpanned, holding up her left hand.

Mum squealed as she ran in for a hug.

Danika turned numb as she accepted their congratulations. The opportunity to escape to her room did not arise soon enough. When she collapsed on her bed, her phone chimed with a message from an unknown number:

Hey there, angel. I’ll give you 24 hours to break the news to family, then I’m announcing our engagement on the socials tomorrow night. I expect you to do the same. Sweet dreams xox.

Naturally, she had not bothered keeping his number in her contacts when she changed mobiles over the years. Tossing the device aside, she laid back against a pile of cushions and groaned. How the hell did I end up in this predicament? Would I have been better off staying in London, or would he have tracked me down there? Her thoughts shifted to more practical matters, like where and when to buy the damn gown. And what about bridesmaids? Taylor was an obvious choice for Maid of Honour, but she was still missing. Is it too soon to ask Elise? She did not trust any of the other girls in town enough to support her through this nightmare.

Needing her best friend more than anything in the world that night, she tried her luck again.

Rather than ring out like the last hundred or so times, the network’s robot greeted her with those dreaded words, ‘The number you have dialled is not connected….’

She hurled the phone at the chair across her room. ‘Dammit Taylor! Where are you?’