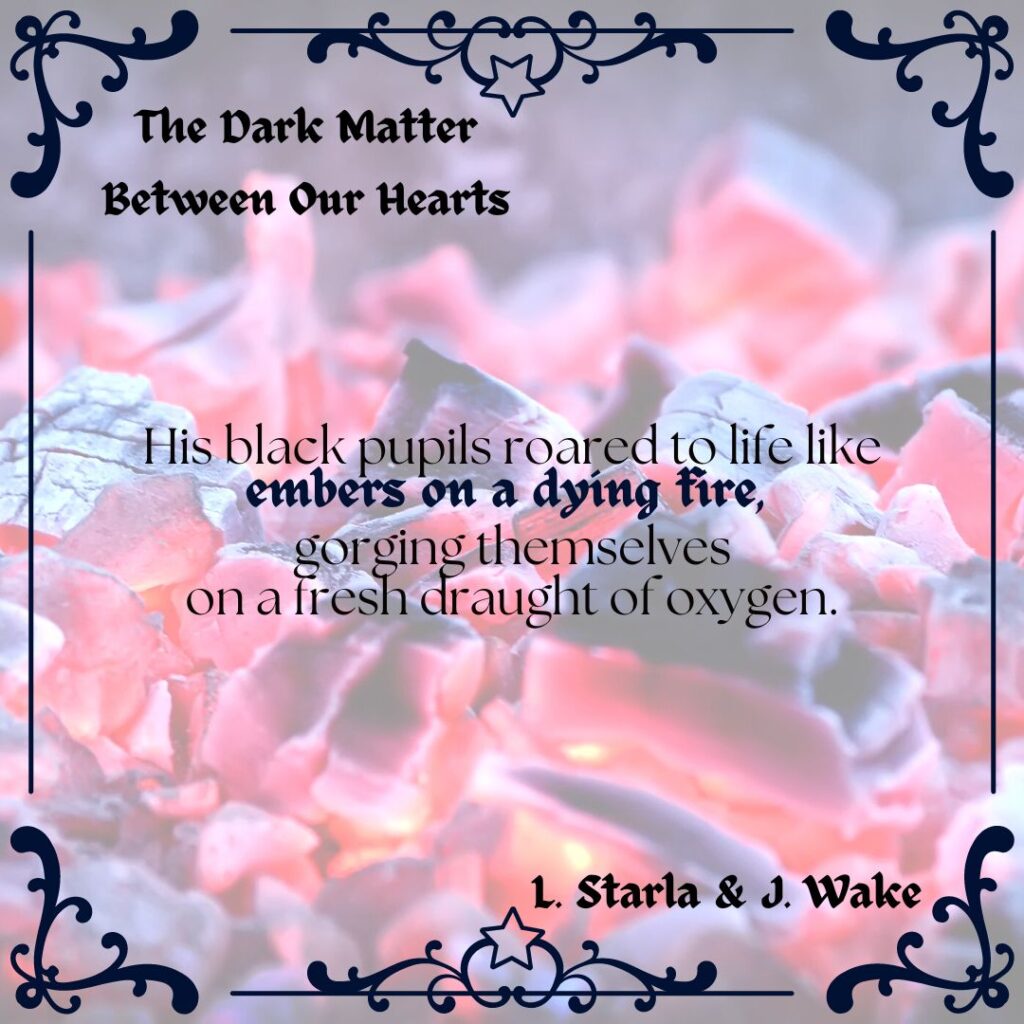 Did you miss the last episode? You can read it here.

As if things weren’t bad enough in town, another three bombshells throw Malik way out of left field….

‘It’s not what you’re thinking,’ Sergeant Matthews prattled indifferently, helping herself to a handful of confectionery milk bottles from the picnic table in front of Malik’s crew, who had still not quite processed the shock of being busted spying on the police chief’s private residence. ‘This isn’t police surveillance. Right place, right time, is all.’

‘Just happened to be strolling by, huh?’ Malik countered with his arms folded and eyes narrowed behind his shades.

‘Oh, nothing so transparently trite, I assure you.’ The Sergeant motioned to her floral, casual attire. ‘I’m off duty. I just so happened to be escaping the summer heat in the air conditioning of my house, which just so happens to have a rather good view of this reserve out the living room window. Be remiss of me not to at least say hi, I thought.’

‘Take it this one is a friendly, boss?’ Justin asked.

‘You know me so well. Sue will suffice for now. Since we are here, though…,’ Sue trailed off, taking her drink and seating herself at a shaded spot at the table, ‘I would like an off-the-record chat with you. Just you, Malik. Your boys can go back to…,’ she ran appraising eyes over his gang; they, in turn, looked away uncomfortably. ‘…whatever it is they were doing, about which I would have no idea at all,’ she finished firmly and knowingly.

Malik sat opposite Sue. ‘Not an entirely social visit after all, then.’

‘Unfortunately, not, though your faces were priceless.’ Her bright expression sobered. ‘I’m about to personally ask for your assistance with something, Malik. Something other officers at the station don’t want you involved in. Are you okay with that?’

‘You can ask. I may have conditions of my own.’

‘Sounds like you.’ She sighed. ‘Anyway, are you aware that Taylor Burke has been missing for just over a week now?’

‘I am, but it’s been a busy week for me too. I must confess that my focus has been elsewhere.’ His eyebrows shot up. ‘Wait, are you asking me to help the police look for her on the downlow?’

‘Put bluntly, yes. You have eyes and ears in places we don’t. I’m sure you still have plenty keeping you busy, but all I’m asking is that you report anything that might be useful you just so happen to learn directly to me. Agree to that, and we can talk about your conditions.’

‘One condition.’ Malik leant forward at the picnic table, removing his sunglasses for the first time. His black pupils roared to life like embers on a dying fire, gorging themselves on a fresh draught of oxygen. ‘Let’s discuss the conduct of one Officer Brennan Lamey.’

‘You all right over there, Justin? If I can tell you’re trying to listen in, so can she,’ Brian warned from the reserve overlook.

‘Yeah, I know. Sorry.’ Justin tore himself away from his unsubtle eavesdropping and shrugged. ‘Just don’t trust cops, y’know?’

‘None of us do. We trust Malik to handle them.’ Brian turned his attention back to Fred Wall’s house, which had been showing no activity outside since receiving its five guests.

‘Or sit around discussing how many months until their girlfriends turn legal,’ Tim contributed, earning an adolescent snicker from almost everyone.

‘Wait, for real?’Damien turned to Brian, who had fallen completely silent, his face the colour of Paul’s car.

‘Shut up. Look,’ Brian retorted with a little more aggression than intended. ‘We finally have movement.’

When their studies had arrived at the house, there had been no sign of Fred. As they left, he followed them a short way out of his front door, clearly chatty and at ease with them in a way no-one observing from above had ever seen him before. Marcus lingered in conversation with the chief a moment longer than the rest, and as he too disengaged to head to his car, something passed between him and Fred.

At first, Brian could not place what he had seen. It happened quickly, obscured by distance, yet surely….

‘Well, I think that will conclude business here.’ Sue stretched out, looking almost ready to yawn. ‘Thank you for that, Malik. This discussion has been as enlightening and exhausting as always. As with everything else you’ve said to me today, I’ll be keeping what you’ve told me about Hayden Archer strictly under my bulging hat. Can’t afford to spook any horses. Brennan is another matter. He’s been sloppy enough in general lately that I think grounds for an investigation into his use of police time, resources, and powers can easily be found without even needing to exploit that connection. If it gets up, he shouldn’t be very useful to Hayden during that time.’

‘If I may, Malik, before I stumble home, some general advice. You may find the alliances you make through cooperation and trust more durable in the long run than the ones based on deceit and blackmail, which Archer has already shown he can just waltz in and usurp.’

‘Yeah, yeah.’ He ran a hand through his styled hair. ‘It doesn’t come to me naturally, but I think I’m starting to get it. I’ve got you, right?’

‘Hayden has not yet slipped up in any way I can act upon. But know this: I remember him growing up, just like I remember you. You became a dangerous, occasionally violent, criminal. He disgusts me. I know his type. I know his charms, his eyes, and his smile. Wherever there’s a beaten woman who won’t press charges, odds are there’s a man at home wearing the exact same smile. You’ve got me.’

In the early evening following his gang’s stakeout uptown, Malik had one more stop to make before heading home. Elise had supplied the address of Kamran Khalil, who she said was still living with his mother, as well as his mother’s new partner. If that isn’t Elise all over, Malik thought with a smile. Being visited in a hospital bed with more problems to worry about than most, and she still finds the energy to get people gossiping about themselves. The police could use an investigator like her. Riding solo, he pulled his yellow Monaro over in a residential side street in downtown Moonlake not too far from his own place.

When he knocked on the front security screen door, footsteps approached from the other side and paused, probably for someone to examine him through the peephole before opening. The same footsteps scurried back away from the door, much more hurriedly. Baffled but determined, Malik knocked again, and listened to some muffled female voices arguing inside for a minute. Eventually, the door opened, and a woman he presumed to be Kamran’s mother stood behind the screen. ‘Hello? Who are you?’ she demanded.

‘Apologies for the intrusion, Mrs. Khalil. I’m Malik Fadel. I went to school with Kamran. I hoped to speak with him. Is he home?’

Mrs. Khalil sighed before calling out ‘Kamraaaaaan!’ behind her, then allowed Malik inside. ‘Please wait in the living room. I will fetch him.’

He did as she asked, and Kamran soon joined him, wide eyed, but friendly. Malik observed an improvement since high school; more carefully groomed, he held his head higher. Better dressed went without saying, since their school uniform had been of the mono-colour reddish-brown presumably chosen not to show up the dirt and blood.

‘Uh, hi, Malik.’ Still got that unfortunate nervous tremor in his voice, though. ‘What’s up?’

‘I’m looking into something for Elise. You were with her for a bit at a party recently, yeah?’

‘Uh, yeah. Weren’t…weren’t you there too, though?’

‘That was an eventful party. There’s some stuff I didn’t see that I really need to get to the bottom of, and I think there’s a good chance you did see it. Can you remember anyone other than me giving Elise anything…,’ Malik looked around for signs of parents, just in case. ‘…recreational?’

‘Uh….’ Realisation dawned on Kamran’s face. ‘Oh! Yeah! Yeah, I do remember that guy, clear as a bell, but he’s not someone I know by name.’

‘Anything you can tell me, beyond a general description?’

Kamran retrieved his phone in response. ‘Could maybe do you one better. I took a few photos that night. If I can recognise him in one, I’ll point him out. Let me see….’

He waited as Kamran navigated his gallery for a few seconds.

‘There’s some randos…Elise with more randos…Elise with Courtney…me with Elise and Danika…ha! There’s you with Grayson in a chokehold…more randos no wait!’ Kamran pinch-zoomed in on one character lurking in the background of the current photo, and pointed to him. ‘There he is.’

Malik looked and recognised the person immediately. He felt his temperature rise, and bile tickled his tonsils. Saving him from having nothing else to do but scream like a wounded lion his phone rang and he answered it without even looking at the screen, at the same time trying to hide his burning face from Kamran. ‘Yeah?’

‘What? No….’ Malik felt his blood slowly cool, and tried to carry the conversation on like a normal human being. ‘No, just… just got a shock, is all.’

‘Ah, okay. So, you’ve already seen the thing on socials about Danika and that Hayden creep getting suddenly engaged.’

He missed whatever Alison said next as he dropped his phone and stared wildly at the woman who had just announced herself from around the corner. ‘Mum?’

1 thought on “The Dark Matter Between Our Hearts Season 2, Episode 6”